#Panodrama – An Exposé of the Fake News BBC!

-Blackmailing my former employees to invent stories – Hope not Hate on set with the BBC, calling the shots and intimidating my ex-employees during an interview

– BBC caught on camera telling an ex-employee the questions they would ask her in the interview and the answers that she needed to say for it to air (scripted fake interviews!)

– BBC caught on camera suggesting they could edit and clip an argument I had with an ex-employee to portray a totally different angle and to quote John Sweeney on camera he could make it ‘a gender, a sexual thing against Tommy Robinson’. (BBC creating fake #MeToo stories!)

– BBC likening the working class to cannibals in the jungle whose vocabulary is limited to the words F*ck off. – BBC Journalists giving zero shits about your hard earned £150 licence fee and spending on midweek £220 champagne lunches.

– Oh, and the BBC face of panorama being casually racist and homophobic. within 24 hours the establishment has come back at me with all guns blazing and deleted my Facebook and Instagram. 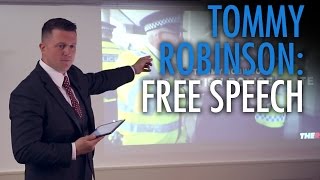 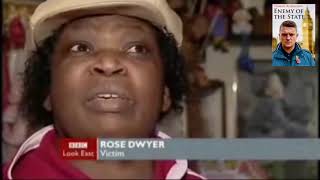 This website uses cookies to improve your experience. We'll assume you're ok with this, but you can opt-out if you wish. Close Read More

We have lost 70% of our income due to left-wing attacks on our revenue streams such as Paypal and we need help from our dedicated readers to keep TR News online. Without you, TR News would cease to exist.